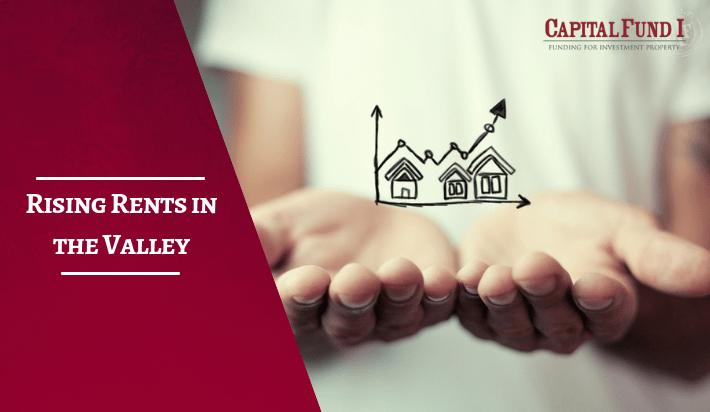 While still one of the more affordable options in the nation, the Phoenix Metro Area’s rents continue to rise.  See which areas in the valley are seeing some of the greatest increases in rent year over year and what is causing this rapid growth in rents to continue below.

Where Rents are Increasing Most

The Phoenix area, while more affordable than other markets, is outpacing national rent growth.  While the national rate of growth is at 3%, the Phoenix area has grown more than double that.  The current rate of growth that the Phoenix metro area is experiencing is at 6.9%.  This is in part to many companies choosing to open offices in the valley, people moving to Arizona in addition to the growing population.  While many cities in the Phoenix Metro Area have increased rent dramatically over the past few years, it is in the West Valley where we see the greatest growth.

The West Valley has seen the greatest increase in rent prices across the valley, with Peoria having the greatest growth at 9.5% in the past year alone.  The West Valley has been a recent hot topic for real estate and development news, like back during the recession it was hit harder than other parts of the valley were.  This growth is a sign of a healthy market, though the speed of it can lead some to question if it is sustainable.

Why Are We Seeing Rents Increase?

We are seeing rents increase because of the same reason we see home prices increase: Supply and demand. While people and businesses are flocking to the valley, the rate at which construction is taking place can’t keep up with the population growth.  This will eventually lead to demand exceeding supply, thus putting the market in favor of the landlords of the rental properties.

The growth in rent prices will continue to increase along with the increasing population in the Phoenix metro area, however, there is another reason for the increase in rents.  More companies are choosing to put offices in the valley, in particular in the West Valley where there is plenty of space to develop and create more jobs.  Much of the economic growth in Phoenix will be taking place west of the I-17, as mentioned in a previous blog a few months ago (check it out, rents aren’t the only thing increasing in value in the West Valley).

Planning to buy a fix and flip or rental property?  Capital Fund 1, LLC can help you get financed in 24 hours! Call today to learn more.