Phoenix is Growing, Can We Keep Up? 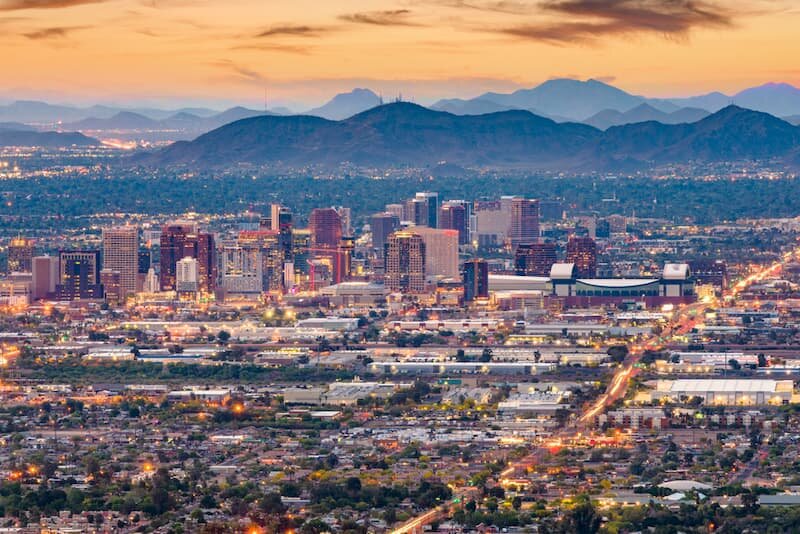 By Noah Brocious – President/RI/Mortgage Loan Originator – Phoenix is experiencing a surge of growth in the Downtown area that promises economic opportunities. To keep the momentum going, real estate investors and business owners alike will need capital. This is where commercial property loans in Phoenix come in.

These sources of flexible funding can help the Downtown community expand to accommodate the unprecedented growth rate. So what factors are at play in this new boom? Let’s take a look.

According to the U.S. Census Bureau, Phoenix has risen to the country’s number one spot in terms of growth. It’s currently the fifth-largest city in the country, though that may change in the near future.

Why the big influx? There’s significant movement from both inside and outside the state as people choose Phoenix for their new home.

Arrivals from out of state overwhelmingly choose to settle in Phoenix. One influence is the job market, as new businesses select the state capital as their headquarters. This has brought in a wave of younger people relocating for employment.

Of course, Arizona’s warm weather still draws newcomers who hail from colder states. Phoenix rarely sees freezing temperatures, which can be appealing to those who hate snow.

Phoenix is surrounded by sprawling suburbs that have seen explosive growth in the past. However, as the younger generations set out to find their own living arrangements, they’ve gravitated toward the vibrant Downtown area. Developments such as the light rail have made life in the metropolis more convenient, and the thriving economy has produced a wide variety of shops, restaurants, and venues.

With this population boom has come a wave of new housing construction. Investors in Arizona have taken advantage of construction loans to create comfortable, yet affordable housing to accommodate the influx of people. In the past, workers commuted to the Downtown area and lived in the suburbs. However, people are eager to shorten their drive time by living near their workplace.

Nowadays, Downtown offers more development opportunities than ever. New businesses are popping up while long-time residents are using business remodel loans to modernize their stores. The nightlife and cultural offerings are a big pull for the younger generations and play a big part in why they’re choosing urban lodgings over suburban.

Downtown is well-known for its bars and restaurants. In the past, these establishments were places Arizona residences merely visited, but there’s been a recent change in mindset. Now, people want to live near their favorite restaurant or bar, creating a sense of community. As more housing is constructed, Downtown is becoming more of a neighborhood than a commuting destination.

Despite rapid growth, the city of Phoenix is keen on keeping new developments environmentally friendly. This includes its goal to become carbon-neutral by 2050. While this creates challenges for investors, the appeal to new residents can’t be denied.

Demand for new and renovated multi-family housing and commercial properties is sky-high, providing many opportunities for investors. Phoenix’s growth rate isn’t expected to slow down any time soon, which means now is the best time to build.

Are you looking for property loans in Phoenix? Capital Fund 1 offers financing for a variety of projects in Arizona. When you need funding that’s fast and flexible, we’re here to help. For more information or to submit a loan request, give us a call at (480) 889-6100 or contact us online.