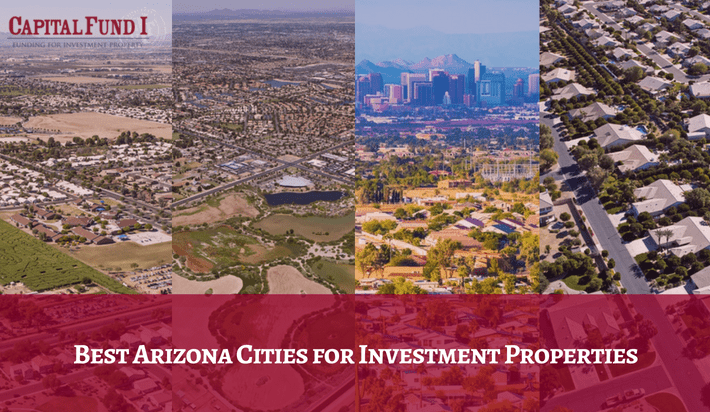 Coming in at the number 2 position, Mesa, Arizona made the list by having one of the lowest property tax rates among the US.  This is helpful for rental property owners who can keep long-term homeownership costs lower helping improve the cap rate of the rental property.  While on the topic of rental properties in Mesa, the annual year over year change as recorded by Rent Café also supports the fact that Mesa is a great city to own a rental property in.

Appreciation also plays a role in Mesa’s high ranking.  The Cromford reports that Mesa’s annual appreciation year over year is at 10.5 percent thanks to the strong seller’s market.

Tied with Riverside, California for the 5th position on best Cities to invest in real estate, Glendale takes the spot.  Like Mesa, Glendale also has low property taxes that make it a great location for rental properties.  Glendale’s true shining moment however for its reason for making the list is how quickly property values have appreciated while still remaining affordable for both normal home buyers and for real estate investors alike.

Glendale’s neighborhoods are dated and make for some easy fix and flip opportunities with a high return on investment.  Just from looking at the purchase price and the resale price of our borrower’s properties in Glendale, an average of 28 percent increase in value helps to show that this is a very lucrative market to fix and flip in.

Phoenix is the final Arizona city that made the top 10 in this list, thanks to a number of reasons.  Between 2012 and 2016, the population of Phoenix increased from 1.49 to 1.62 million people, and with that new homes were needed along with renovated homes to be turn-key.  The increase in population has outpaced new development significantly making the Phoenix real estate market a seller’s market.

With many historic homes ready for a remodel the Phoenix fix and flip market is strong and growing more competitive.  Real estate investors and normal home buyers are competing with one another to find a property to purchase, which further increases the appreciation of home prices in Phoenix.

Just since it didn’t make the top 10 doesn’t mean we are going to ignore it! Gilbert’s taxes are the same as Mesa’s, however, Gilbert did not have as strong of a value increase as Mesa, Glendale, or Phoenix did.  That being said, there is evidence to suggest that appreciation of homes is on the rise in Gilbert.  According to the Cromford Report, Gilbert shows that it has a strong increase on sales price per square feet increasing at a rate of almost 10% annually.

Planning to invest in one of these markets? Give us a call and we can help get you started!