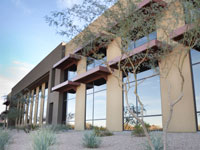 With the housing and construction market on the rise for this year, prepare for the commercial real estate market to follow closely behind. Non-residential real estate values are expected to rise in 2014 and into 2015 at a modest to moderate pace.

In a recent post on Forbes.com, “total dollars spent have increased by nearly 10 percent in the past 12 months.” Read the full article and review from Forbes below:

Private non-residential construction is growing at a fairly strong pace, except in comparison to its past peak. Total dollars spent have increased by nearly ten percent in the past 12 months. Nationally, office vacancy is edging down, though 16 percent vacancy doesn’t seem to justify the 17 percent increase in office construction. However, remember that the gain in construction is from a very low base.

Industrial vacancy has dropped by almost a percentage point in the past year. Manufacturing construction has increased by nearly eight percent in the past year. Retail also enjoys slowly declining vacancy and more construction—but again from a low base. Industry insiders say that retail is sharply divided between successful properties and others, the others frequently being dated and in the wrong locations.

Looking to be a part of the commercial real estate rise? Since 2009, Capital Fund 1 has provided hard money loans to the Greater Phoenix Metro Area. For more information on our different loan programs and commercial loan terms call Capital Fund 1 at 480-889-6100 or email noah@capitalfund1.com and apply for a loan today!